We marked a big one off of the bucket list in January – KAUAI!

Don has been to Hawaii many times, and I went to Oahu once in my early 20s, but this was both of our first times in Kauai. We had a one day stop in Waikiki – some of the photos are from that stop but the majority are from Kauai.

Don has a dream of living in Kauai one day; a simple life with a humble roof over our heads, freshly caught fish and local fruits and vegetables to eat, and blissing out every day living with Aloha.

We kayaked on the Waileau River and then hiked muddy trails to Uluwehi (aka Secret) Falls and swam in the (freezing!!) pool – and were the only ones there for a good 10 minutes (such a gift). Well, except for about 20 chickens and roosters milling about. The day we did this adventure was the day of the emergency alert of a missle threat to the state of Hawaii. I vividly remember how I felt when Don told me about the alert he got on his phone (which he was using to take photos while we kayaked down the river). It was almost an hour until we learned that the threat was false. We felt fear, disbelief and considered paddling back to shore to see what was going on. But we ultimately decided to press on; we couldn’t change what was to be and we were together. We focused on that.

We hiked to the top of the Sleeping Giant via the Nounou Mountain Trail in Kapa’a and climbed all the way to the tip of his chin. This was a moderate to difficult hike with substantial elevation gain. The view from the top will knock the wind out of you – simply gorgeous.

We visited Waimeai Canyon. It is truly breathtaking and a must visit.

And we got engaged on the Kalalau Trail along the Na Pali Coast! This was the most spectacular hike I’ve been on in my life and is a must for all hardcore adventurers. It’s very difficult and dangerous (very narrow trails along the mountainside with no barriers, muddy and slippery) and you definitely need hiking poles if you’re prone to tumbles in these conditions (like I am – even with the poles I had a bruise on my behind for a good 2 weeks after we returned).

Update: As of 06.10.18, this Kalalau Trail and roads leading to it are closed indefinitely due to devastating flood damage earlier this year. Be sure to check the trail conditions and availability before making the drive up the coast to visit. 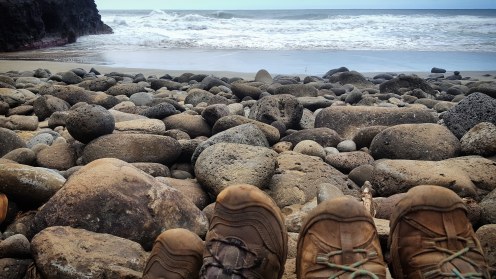 Babe being creative on the beach in Waikiki.

This was a super hard hike but totally worth it!

Being beachy in Kauai 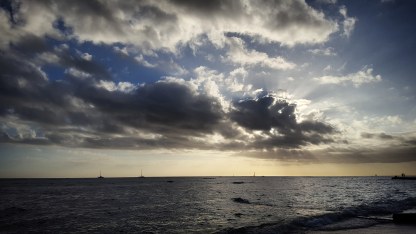 I have a thing for dark backlit daytime skies

Babe swimming in the waterfall pool. 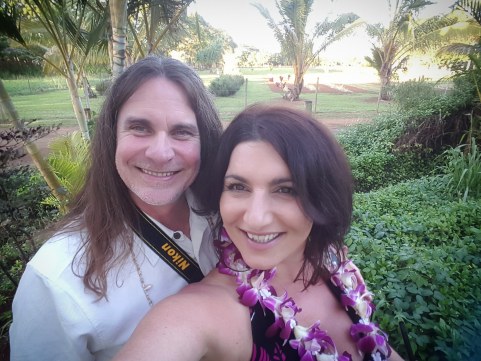 On the way to our Airbnb in Kapa’a

Na Pali Coast the day we got engaged

On the beach in Waikiki 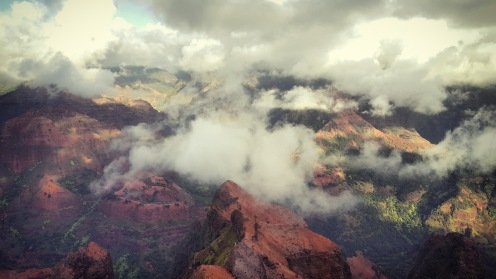 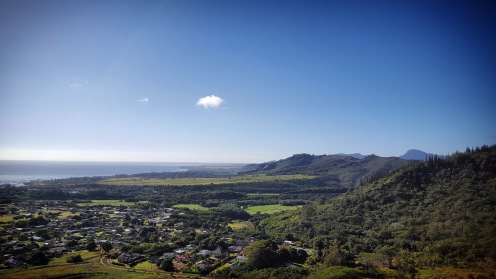 View from the top of Sleeping Giant!